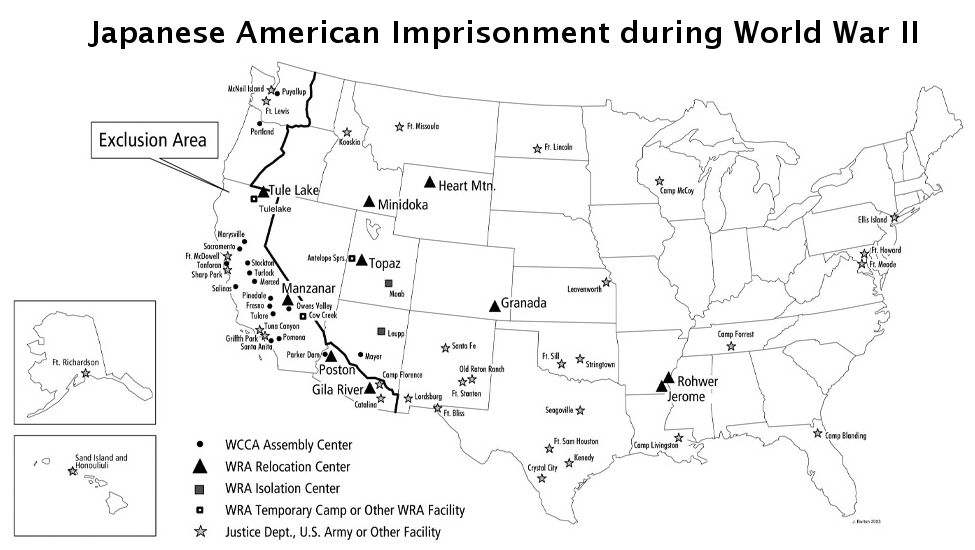 By Executive Order 9066, over 7,000 Japanese, most being American citizens, were forcibly imprisoned at the Granada Relocation Center in Granada, Colorado from 1942-45. The Granada site, with the smallest population of the ten relocation centers, became the tenth largest concentration of people in the state of Colorado; it is one the best preserved with intact foundations and little alteration by subsequent development. It is located one mile west of downtown Granada and one mile south on County Road No. 23.5 in southeast Colorado. The population of Granada peaked at 7,318 detainees.

Granada Relocation Center’s unofficial name became “Amache,” named after a Cheyenne Chief’s daughter who married John Prowers (1839-1884), a prominent cattle rancher for whom the county is named. The name Amache was used after a mail mix-up between the town of Granada and the similarly named Granada Relocation Center. It was often referred to as “Camp Amache,” since these relocation centers functioned as concentration camps for Japanese Americans (often called “internment camps” as a euphemism). However, this has led many to believe it was a “hotel,” “resort,” or “summer camp.” Today, survivors prefer to simply call it “Amache.” Read more about the language of incarceration in the Power of Words Handbook produced by the Japanese American Citizens League or in the National Park Service article on Terminology and the Mass Incarceration of Japanese Americans during World War II.

Today, Amache is maintained by the Amache Preservation Society (APS). The society was established by Mr. John Hopper, a social studies teacher and now Principal at Granada High School, and consists of volunteer students from that school. Over the past few decades with the help of many other organizations including Amache Historical Society, the Friends of Amache (formerly the Denver Central Optimists Club), The Japan America Society of Southern Colorado, Denver University, Amache Alliance, and many more, the APS has begun to renovate Amache, particularly the cemetery, and established an Amache Museum.